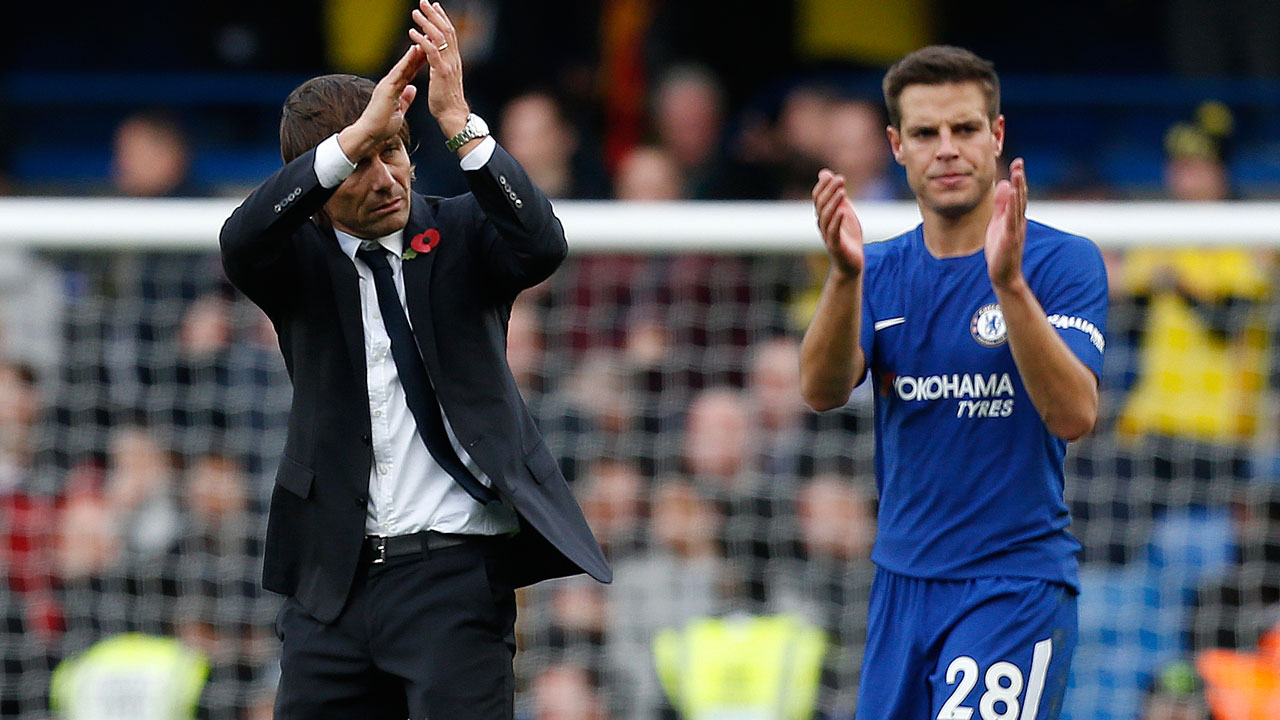 Antonio Conte insists he does not fear the sack after Chelsea eased the mounting pressure on their manager with a gutsy 4-2 win over Watford.

Conte’s position has been under growing scrutiny following a dip in the champions’ form in recent week.

Back-to-back Premier League defeats against Manchester City and Crystal Palace were followed by a 3-3 home draw with Roma in the Champions League in midweek.

Reports had emerged of Conte’s players becoming unhappy with a demanding training regime and the Italian admitted his squad was struggling to cope with the demands of defending the Premier League title and competing in Europe.

A spirited fightback against Watford after Conte’s side had trailed 2-1 has gone some way to restoring belief at the club.

But the Blues boss insists the pressure he feels is from a desire to maintain his own high standards, not concern about his job security.

“I feel a lot of pressure but not this type of pressure if the club decide to sack me. Honestly I don’t feel that pressure. I trust in my work,” said Conte, whose side are nine points behind leaders Manchester City.

“I try to keep everything for the club that I’m working for. I’m doing this for Chelsea. I did this last season. I’m doing this with my staff this season. Honestly I will never be worried for this. Never.

“The pressure is I want for my players and to give satisfaction for my fans. I feel this type of pressure. Our fans, they show me and my players every game a lot of patience.

“They show they want to push us in every game. I feel this type of pressure, other pressure is not important for me.

“I don’t feel because this is our job. When I go to my house I am happy because I know I am putting 150 per cent for my club and my players are doing the same.”

‘Incredible impact’
Chelsea looked set for another disappointment when Abdoulaye Doucoure and Roberto Pereyra overturned Pedro’s opener to give Watford a surprise 2-1 lead.

But substitute Michy Batshuayi levelled for the home side and completed the win after Cesar Azpilicueta had put Chelsea ahead.

Batshuayi has struggled since arriving at Chelsea before the start of last season, but Conte believes the Belgium striker is now progressing well.

“Don’t forget Michy is a young player. For him this is the first big experience with a great team,” he said.

“Sometimes against Crystal Palace his performance wasn’t good but not only Batshuayi’s performance. The whole team played bad in that moment.

“I have a squad and I trust in every one of my players. I think and I try to transfer this message to my players. Today the impact was incredible and important, it must continue in this way. Work, work, work.”

“He deserved all the credit for what he did until now. It is fantastic. I am sure in the next games he will score again,” he said.

“He scored really important goals for us in the past. It is more important we created the chances. Richarlison was in the right position to score again.”