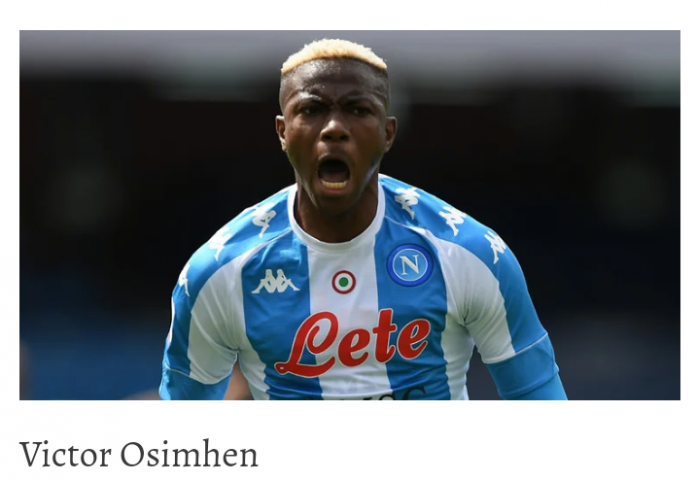 Napoli will be hoping to have influential striker Victor Osimhen return to action against fellow title contenders AC Milan next week.

The Nigeria international who returned to individual training on Tuesday had suffered multiple fractures in his face after a clash with Inter defender Milan Skriniar on November 21 in their 3-2 loss to the Serie A champions.

Despite earlier reports that the striker will be out for 90 days after his surgery, the Partenopei believe the striker could return against Milan next week, so long as he reacts well to the kevlar protective mask he will be made to wear during training and matches.

Doctor Roberto Ruggiero, the man in charge of creating the mask believes it will be made available in the next 24 hours for initial testing.

“Two days are enough to make it,” Ruggiero told Calciomercato.com.

“We can also change it if the athlete has problems. It’s a mask that Osimhen can wear during training sessions to avoid accidental collisions with his teammates.

Osimhen will only wear the mask once the traumatised part of his face has completely deflated.”

The player will undergo further medical examinations in the coming days and if the recovery is going the right way, Napoli doctor Raffaele Canonico will pass all the information to Ruggiero to begin the realization of the mask.

The Nigerian striker before his injury had scored nine goals in 14 games across all competitions while providing two assists.