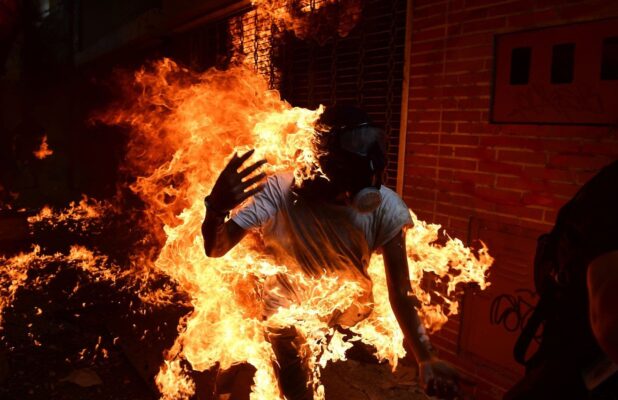 An operator of a gambling house resident in Ikire, Osun State, identified as Seyi, has reportedly committed suicide by setting himself ablaze.

The deceased, whose kiosk is located in the Centre area of Ikire, locked himself up in his gambling kiosk and set himself on fire.

It was further learnt that before residents could realise what had happened, he had been badly burnt.

A resident of the area where the incident happened told Punch that smoke coming out of the kiosk alerted people, who initially did not know Seyi was in the shop

He said, “We saw smoke coming out of the kiosk. We didn’t initially know Seyi was there. He just went into the shop, locked the doors and windows and set himself ablaze.

“He was a lotto operator. I even learnt he gave money to his child before leaving home that day and he just entered into the kiosk and committed suicide. He was brought dead. People suspected he ran into debts.”

She said, “He was a lotto operator in the Center Area, Ikire. He just entered his kiosk, locked up and set himself ablaze. He died and the family asked for his corpse. Though no foul play is suspected, police will still consider some possibilities.”