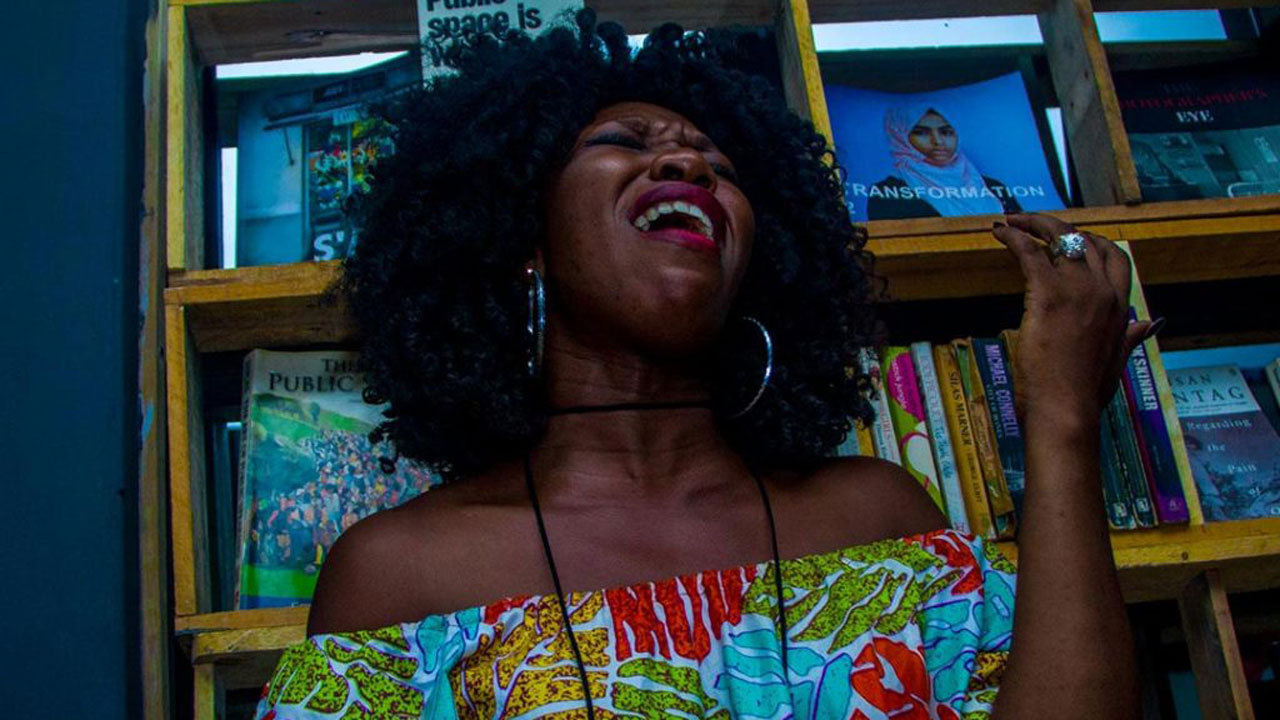 Given the current economic hardship and directionless politics, a group of artists under the aegis of OutSPOKEN, an initiative of Revolving Art Incubator (RAI), led by Jumoke Sanwo, is providing outlet for Nigerians to ventilate their experiences to avoid the trauma a recessed economy engenders. OutSPOKEN is dedicated to poets, spoken word artists, visual artists, lyricists and art enthusiasts to discuss different issues affecting Nigerians. The last edition, held at Revolving Art Incubator, Silverbird Galleria, Lagos, had Rezthapoet and Pietrina as hosts, with the theme, ‘Living on the Edge.’

Rezthapoet explained whythe significance of the theme and what OutSPOKEN is all about. According to him, “This edition of OutSPOKEN is a special edition because it is part of the Lagos Biennial Festival. So, the theme of this edition is ‘Living on the Edge.’ So, we are going to be reflecting on what it means, as a Nigerian to live on the edge.”

The conversation was about what it meant to live on the edge, like living dangerously, living above one’s means and living on the fast lane. People reflected on their experiences of living on the edge. Some of the experiences included the hassles of living in Lagos generally, dealing with Lagosians, having religious establishments in residential areas and living in war-torn parts of the country.

Rezthapoet also added that OutSPOKEN is all about conversation and poetry without restrictions, with people saying what they feel and their daily experiences.

“The conversations are not planned,” he said. “It just flows. People say what they feel about the theme and personal experiences around the theme in a no-holds-barred manner, which is why it is called outspoken. We come up with themes; we try to discuss contemporary topics and ideas and also use art as a medium to do that.

“People use their phones to get pictures, videos of the event, so that when people look back some years later, they will be able to reference the conversations that were held here, what the culture was like. The format is poetry and conversation; poetry is supposed to stimulate the conversation or reflect the conversation, and we take a bit of music interludes.”

Rezthapoet also noted, “OutSPOKEN is usually publicised using the word of mouth and social media. We tell people to bring a friend and the friend to bring another friend. We do not have any official sponsor, so the management of RAI finances the refreshment and other costs of the event. Although today we were sponsored by Amarula due to its involvement in the festival.”

The event also had some poetry from the hosts – Rezthapoet and Pietrina. And also some musical performances from African Music Diploma class of Musical society of Nigeria (MUSON) Centre.