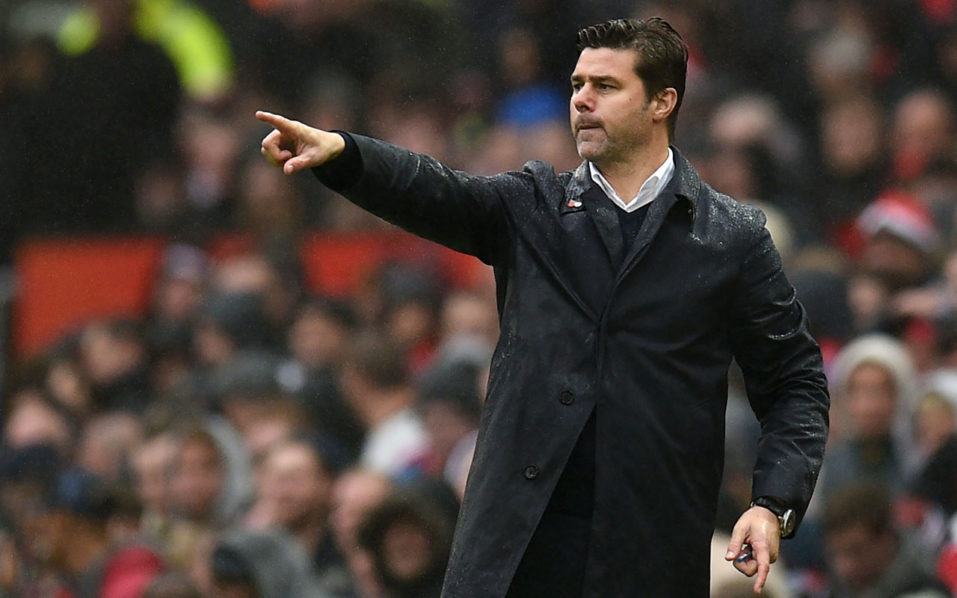 When Tottenham clash with Real Madrid in the Champions League at Wembley on Wednesday, the glamour tie will provide the backdrop for a fascinating touchline duel between Mauricio Pochettino and Zinedine Zidane.

Tottenham boss Pochettino and Madrid coach Zidane are both highly regarded managers who have assembled teams capable of winning Europe’s elite club prize, but the pair could not have taken more contrasting journeys to the top of their profession.

Pochettino, 45, has enjoyed a remarkable transformation from journeyman Argentine defender to coveted coach while Zidane, who is the same age, is the French World Cup winner whose brilliance in his glittering playing career has been followed by more success in the dugout.

With Tottenham and Real level on points as they battle it out at the top of Group H, AFP Sport takes a look at the experiences that define Pochettino and Zidane:

PLAYING DAYS
Pochettino
The son of a Santa Fe farm worker, Pochettino was brought up with a tenacious work ethic that fuelled his rise from those humble roots.

Fighting to claw out a career as an uncompromising defender was no hardship for Pochettino, who made his professional debut with Newell’s Old Boys in 1988 and won the Argentine Primera Division in 1991.

Pochettino’s rugged reputation earned him a move to Espanyol in 1994 but he toiled in relative anonymity in Spain, winning only the Copa del Rey in 2000.

Zidane savoured some of his finest moments on the international stage but Pochettino won only 20 caps and his most memorable contribution was to concede the penalty that led to England’s 1-0 win over Argentina at the 2002 World Cup.

Zidane
While Pochettino had a rural childhood, Zidane was raised on the mean streets of Marseille’s La Castellane district, where he forged his potent combination of balletic grace on the ball with a street fighter’s mentality.

After learning his trade at Cannes and Bordeaux, the midfield maestro established himself as a superstar while working under Juventus boss Marcello Lippi.

“Lippi was like a light switch for me. Before that football was about enjoying myself. After I arrived in Turin, the desire to win things took over and never left me,” Zidane said.

The latter silverware was secured thanks to Zidane’s sublime strike in the 2002 final against Bayer Leverkusen, while his majestic displays led France to glory at the 1998 World Cup and 2000 European Championship.

MANAGEMENT
Pochettino
Hugely influenced by Marcelo Bielsa, his coach at Newell’s Old Boys, Pochettino applied those lessons to seize his chance when Espanyol came calling in 2009.

Saving Espanyol from relegation, Pochettino kept them afloat for another two years with little investment in the squad.

The offer to manage Southampton in 2013 was a “dream” for Pochettino, who won over his squad despite intense training sessions which led Jack Cork to say you need “two hearts” to play for him.

After taking Southampton to eighth place in his second season, Pochettino was hired by Tottenham in 2014, leading them to third and second place in the past two years.

Obsessive about every detail, Pochettino even chooses the exact laundry detergent used to wash the first-team kit, while he bombards players with motivational text messages day and night.

“To me, if a player doesn’t work hard for the team, he won’t play. Nothing happens by chance,” he said.

Zidane
Pochettino remains without a trophy in his managerial career, while Zidane appeared to have been parachuted into the dream scenario when he was appointed Real boss in January 2016.

Zidane’s only prior experience had been as assistant to former Madrid manager Carlo Ancelotti, before a brief spell as the club’s reserve coach.

Yet Zidane has had the Midas touch, leading Real to seven trophies, including Champions League crowns in 2016 and 2017 and the La Liga title last season.

Just days after winning coach of the year at FIFA’s awards gala, Zidane is faced with a searching test of his coaching credentials.

Beaten by minnows Girona on Sunday, Real are eight points behind La Liga leaders Barcelona, forcing Zidane to admit he still has much to learn.

“I don’t think I’m the best in the world. I’m lucky to be at the best club in the world with the best players,” he said.