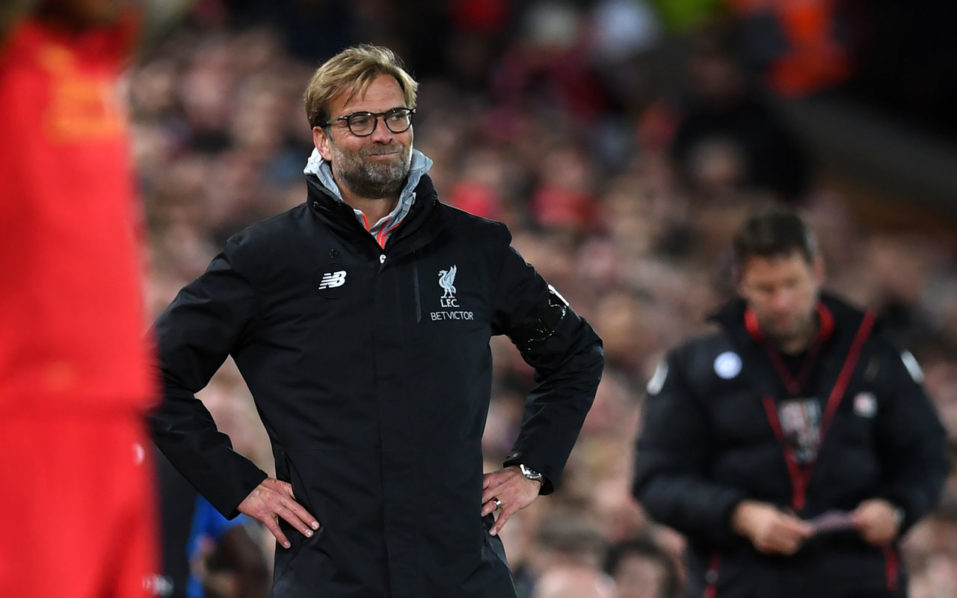 Assailed by mounting criticism from frustrated fans, Liverpool manager Jurgen Klopp needs to mastermind a sustained challenge in the Champions League to keep the doubters at bay.

With Liverpool lagging 12 points behind Premier League leaders Manchester City despite Saturday’s 3-0 win over Huddersfield, Klopp could be forgiven for breathing a sigh of relief that Slovenian minnows Maribor are the next visitors to Anfield on Wednesday.

Having failed to win a trophy in his two-year reign and already out of the League Cup, Klopp has had to face some awkward questions as Liverpool struggle to get back on track after a spluttering start to the season.

The knives were out for Klopp following the recent 4-1 thrashing at Tottenham, with pundits and fans suggesting Liverpool are no better off than when the German’s predecessor Brendan Rodgers was in charge.

It must have been especially worrying for Klopp that victory against Huddersfield was played in a muted atmosphere punctuated by moans from the tetchy Anfield crowd.

Given Liverpool’s rich history — which includes 18 English titles and five European Cups — Klopp fears his club’s supporters now have unrealistic expectations of what can be achieved in a football world far different than the club’s heyday.

Liverpool’s net spend of £54 million ($71 million, 61 million euros) in the last transfer window was dwarfed by the sums splashed out by title rivals Manchester City, Manchester United and Chelsea.

“The problem is here, the moment things don’t work out, we get compared with the past,” Klopp complained.

“They wreck the confidence of the players when they say things like, ‘You are not good enough’. It’s a problem.”

Against that difficult backdrop, Klopp might find a long run in the Champions League — a competition that stirs the emotions of Reds fans like no other — is his best chance of changing the mood music at Anfield.

Liverpool are well placed to qualify for the last 16 after taking five points from their first three matches.

Home truths
A 7-0 demolition of Maribor in their previous fixture took them to the top of Group E, also featuring Sevilla and Spartak Moscow.

But to make an impact in the latter stages of a tournament Liverpool last won in 2005, Klopp, who took Dortmund to the Champions League final in 2013, must solve a couple of pressing problems.

For much of his reign, the 50-year-old has been hamstrung by his failure to plug the leaks in Liverpool’s defence.

The Reds have been breached with alarming regularity again this season and have already conceded 16 times in the league — three more than any other team in the top six.

As if that wasn’t enough to keep Klopp awake at night, the German has also been frustrated by Liverpool’s issues at the other end, where his richly gifted forwards have repeatedly spurned chances to kill off opponents.

Aware that Liverpool’s season was in danger of spiralling out of control, Klopp responded by delivering a few home truths to his players ahead of the Huddersfield game.

“Against Tottenham we made mistakes and got criticised. This is what it means to be at a big club,” Liverpool defender Joel Matip said.

“We know we did it wrong and he (Klopp) didn’t hold back, he said it directly. You have to speak about these things honestly and that’s what he did.

“He said it was not good enough, he spoke very honestly about the things that have to change.”

Klopp’s blast inspired Liverpool’s first win in four league games, but whether that helps turn the jeers back to cheers remains to be seen.