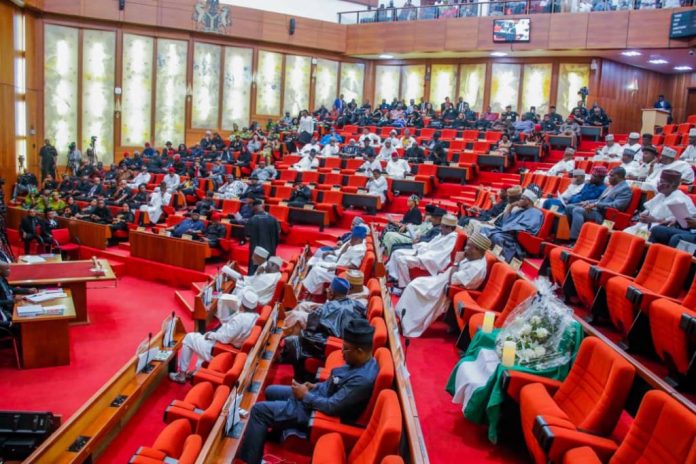 The National Assembly is planning a legislation that will help the Federal Government to stop the rising recurrent expenditure and overhead costs in the nation’s annual budget.

The Chairman, Senate Committee on Establishment, Senator Ibrahim Shekarau, gave the hint on Thursday after the Chairman of the National Salaries, Income and Wages Commission, Mr Ekpo Nta, declared before the red chamber’s panel that his office did not know the exact salaries and wages of the federal workers.

The panel had demanded from the wages commission boss if his office received any return from the Accountant General after each monthly payment on recurrent expenditure and overhead costs.

Nta had told the panel that the function of his office was to recommend salaries and wages to be paid while the approval for payment was not part of his agency’s responsibilities.

He, however, said efforts were being made to reduce surpluses and overhaul recurrent expenditure.

Nta said, “I am a member of the presidential committee on salaries where we have the Minister of Finance, Budget and Economic Planning as the chairman, while the Minister of Labour is the deputy chairman.

“The Accountant General, the salary and wages commission is also there. We have a mandate to look at the total package of salaries and allowances being collected by all categories of staff before we come into any agreement.The last time we met, we looked into the number of persons in the public sector that have been on the Integrated Payroll and Personnel Information System.

There is a collaboration between IPPIS and Human Resources platform and they have come together to further reduce surpluses.”

The chairman of the committee said the presidential committee on salaries would be summoned to brief the panel.

He said, “The chairman of the Salaries and Wages Commission should come along with IPPID and the Accountant General for a chat with the committee to see how to save the country from the rising recurrent expenditure.

“We could initiate a legislation that would help the country to save money from the recurrent expenditure to fund capital projects.

“We have to arrest the situation where there is no employment yet there is recurrent expenditure.”

Osinbajo To Represent Buhari At ECOWAS Summit In Accra