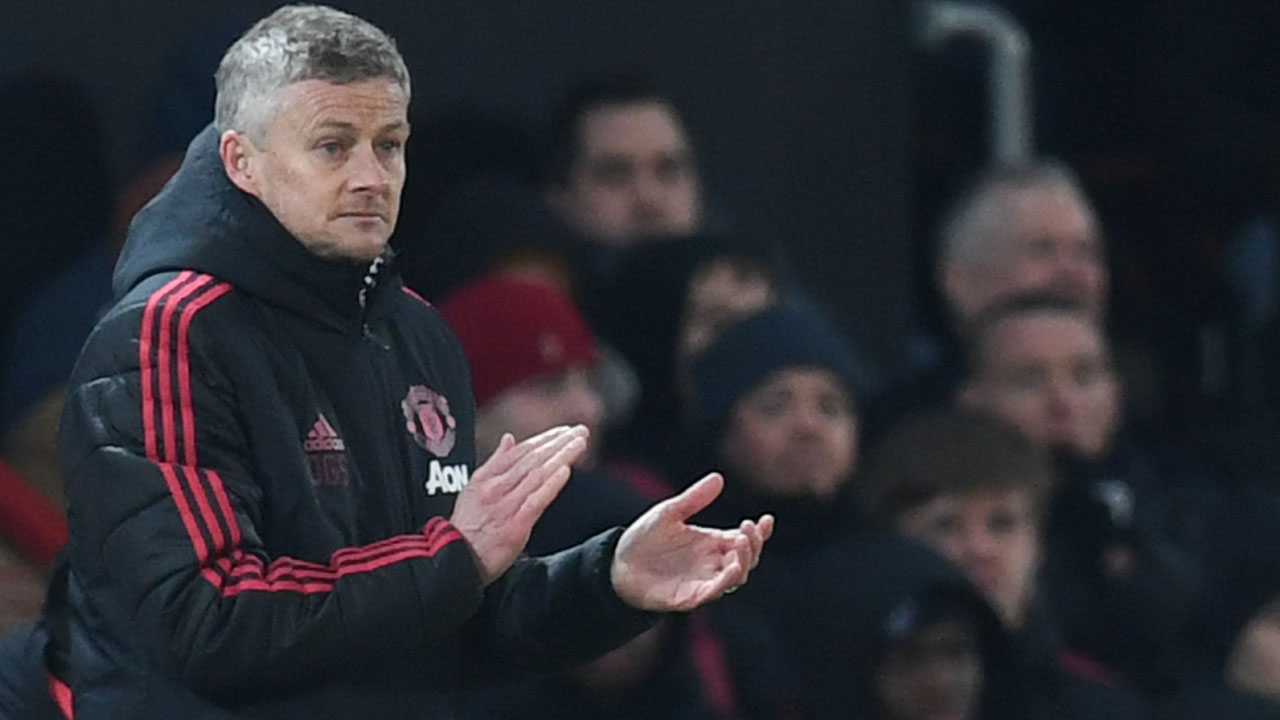 Ole Gunnar Solskjaer saluted Manchester United’s fighting spirit as they rolled back the years with two goals in the final five minutes of a thrilling 2-2 draw against Burnley.

United manager Solskjaer is most famous for scoring the winning goal for the Old Trafford club in the closing seconds of the 1999 Champions League final against Bayern Munich.

That was one of many dramatic late victories for United during the Alex Ferguson era.

And Solskjaer rode the same emotional rollercoaster at Old Trafford on Tuesday as United preserved the unbeaten start to his interim reign.

Although United failed to win for the first time in nine attempts since Solskjaer took over from Jose Mourinho before Christmas, it was still an encouraging escape act.

United trailed by two goals with just three minutes left, but Paul Pogba got one back with a penalty.

Then Ashley Young sent over a 92nd minute cross, Alexis Sanchez’s header was saved by Tom Heaton and Victor Lindelof pounced to net the rebound.

“Coming up here, I was stopped so many times saying it was great spirit and great the way they came back,” said Solskjaer in the post-match press conference.

“The way they came back was fantastic. Now we have the answer: can they come back if they go one-down or two-down even? I’m very happy with the response.”

Earlier, Solskjaer’s magical touch seemed to have deserted him when Andreas Pereira, handed just the third United league start of his career, gifted Burnley an opening goal after 51 minutes.

Pereira received a pass from Phil Jones and was immediately dispossessed by Burnley’s Jack Cork.

The midfielder’s through ball quickly played Ashley Barnes into space in the United area and his devastating shot gave David De Gea no chance as it soared into the roof of the net.

After 80 minutes, and the latest in a series of disappointing misses from Marcus Rashford, Burnley doubled their lead when Ashley Westwood was allowed space to cross from the right and the unmarked Chris Wood headed in from six yards.

United ensured a thrilling finale when Jeff Hendrick was judged to have brought down Jesse Lingard and Pogba stroked home.

‘Mystery five minutes’
The decision from referee Jonathon Moss that did not please Burnley manager Sean Dyche, who was also irritated by the decision to play five minutes of stoppage-time.

“I just don’t like it when people get touched on the shoulder and their legs don’t work,” said Dyche.

“But that’s modern football, everyone sees to think it’s acceptable, apart from me.

“But I have no clue where the mystery five minutes came from. With the history of this club, and ‘Fergie time’ when five minutes goes up, everyone starts believing.

“The crowd is used to that feeling and you could sense it.”

Just nine minutes had gone when Pogba played through Rashford, who exchanged passes with Romelu Lukaku only to roll his shot well wide from a hugely promising position.

It was the start of a number of misses by Rashford and, not until Solskjaer took off Pereira, bringing on first Lingard, and then Sanchez, did United look more threatening in attack.

The pressure predictably mounted thereafter, with Heaton making a breathtaking save at the foot of his post after Lukaku had appeared to have flicked in an Young near-post cross after 66 minutes.

After the draw, Solskjaer conceded he was not certain whether Belgian midfielder Marouane Fellaini would still be with the club after he was linked with a £10 million move to Chinese club Shandong Luneng Taishan.

“I have been busy all day,” he said. “I don’t really know the latest on that. Just wait and see.”