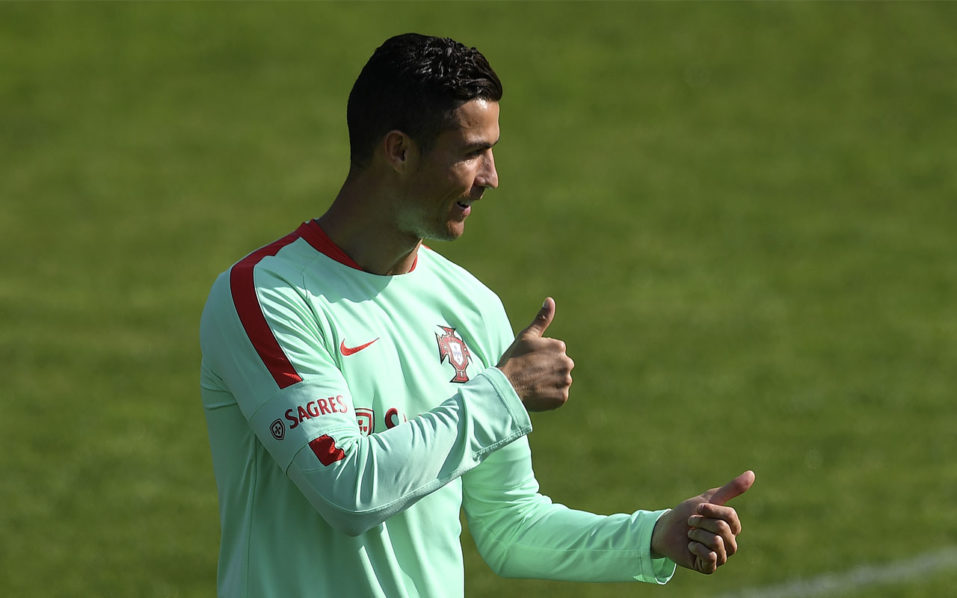 Portugal's forward Cristiano Ronaldo gives the thumbs up during a training session at the Cidade do Futebol, Portuguese FA's training gounds, in Oeiras on October 9, 2017, on the eve of the WC2018 qualifier football match Portugal against Switzerland. / AFP PHOTO / FRANCISCO LEONG

Switzerland have won all nine Group B qualifiers so far, including a 2-0 victory over Portugal in their opening match when Ronaldo was out injured, and need just a draw to secure a place in next year’s finals.

But Portugal, who trail the Swiss by three points, can pip their opponents to first place with a victory as they have a vastly superior goal difference.

“It was our first game and we didn’t have our best player, our talisman Cristiano Ronaldo,” Pepe, now at Besiktas but formerly of Real Madrid, told a press conference.

“I know Ronaldo, and I know how much he wants to go to the World Cup,” said Pepe. “Tomorrow will be completely different.”

While one side will seal a World Cup berth, the other is at least guaranteed the consolation of a place in next month’s play-offs.

Portugal coach Fernando Santos is also counting on his captain to lead the way to Russia.

“Any team in the world would be a better team with Cristiano Ronaldo in it, he’ll make our job much easier,” Santos said.

In their last game Portugal struggled for long periods in Andorra, needing the rested Ronaldo to come on as a half-time substitute and help them stumble to a 2-0 win and set up Tuesday’s winner-takes-all showdown.