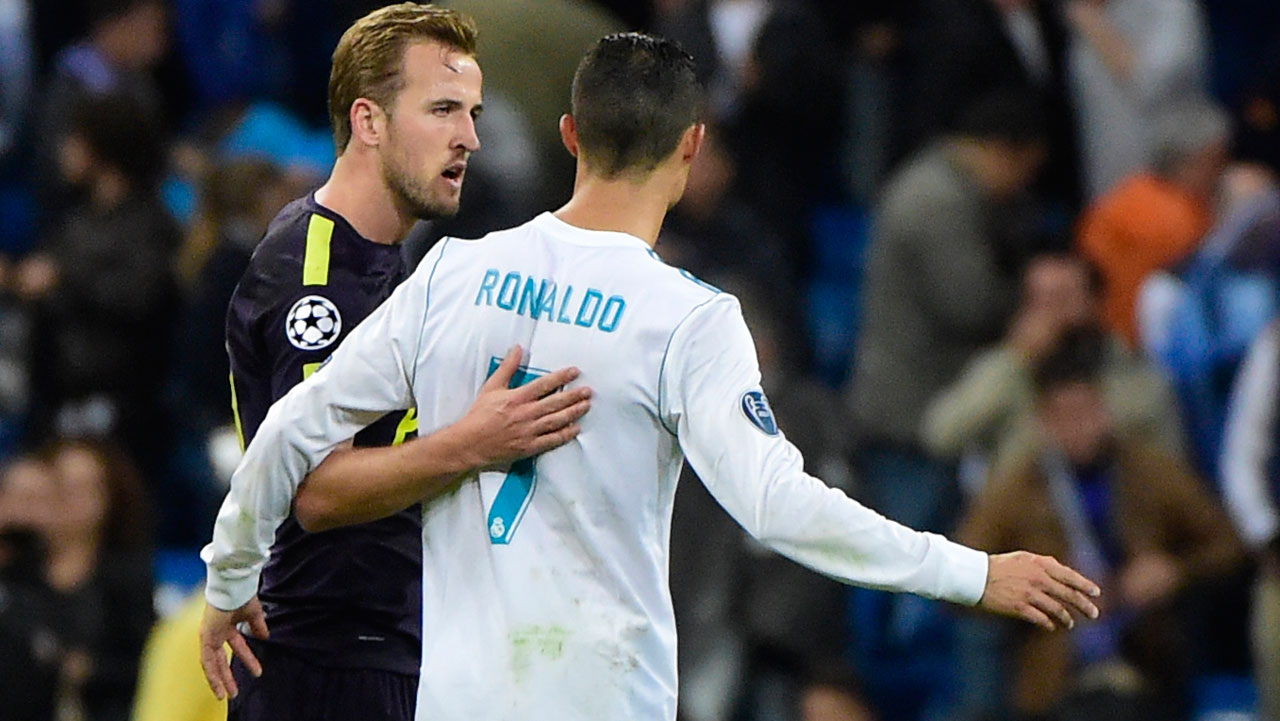 Tottenham is anxious about the fitness of leading scorer Harry Kane ahead of Real Madrid’s visit tomorrow in a game that could decide the winner of Group H.

The teams are equal with seven points after three matches, having drawn 1-1 at the Bernabeu two weeks ago, but this time Spurs might be without Kane.

The England striker missed Tottenham’s 1-0 loss to Manchester United on Saturday with a hamstring injury and his absence resulted in a limited attacking display from Mauricio Pochettino’s lineup.

Madrid is experiencing domestic struggles of its own. It fell eight points behind La Liga leaders, Barcelona after a surprising 2-1 loss to Girona on Sunday.

However, both Tottenham and Madrid can play with the comfort of a six-point advantage over Borussia Dortmund and Apoel, and either team can advance to the knockout stage if it wins.

Manchester United and Manchester City will be aiming to extend their perfect group stage records. A win for United against Benfica at Old Trafford today could secure progression from Group A, while City can do the same with a win at Napoli in Group F tomorrow.

Chelsea and Liverpool also sit atop their groups, though with less of a cushion. The Blues can take a big step toward qualification today just by avoiding defeat at Roma in Group C, while Liverpool must cash in on its Group E clash against NK Maribor at Anfield tomorrow, with sterner tests to come from Spartak Moscow and Sevilla.

Unbeaten Paris Saint-Germain has scored nearly 50 goals this season and will be confident of sealing its place in the knockout stage with a win against Anderlecht.

While Barcelona and Real Madrid remain in comfortable positions to advance to the knockout stage, Atletico Madrid and Sevilla enter the week needing good results to keep their hopes alive.

Atletico hosts Qarabag today bidding for its first win in Group C, which has Chelsea and Roma at the top. Atletico, after a disappointing league draw against Villarreal, trails Roma by three points and Chelsea by five.

Barcelona, which leads Group D with nine points from three matches, plays at last-place Olympiakos. This could be Napoli’s year in Serie A, and it might be affecting its Champions League campaign.

After six years of domination by Juventus, the Italian league title is a tight contest. Napoli beat Sassuolo 3-1 on Sunday to remain three points ahead of Juventus atop the standings.

Juventus is away at Sporting Lisbon today as it aims to keep within three points of leading Barcelona in Group D. Jupp Heynckes is bidding to keep his perfect record since returning to Bayern Munich when his team plays Celtic in Glasgow today.

Carlo Ancelotti was dismissed after Bayern was humbled by Group B leader PSG but, in his fourth spell with the German champions, Heynckes has restored order.

Bayern beat Celtic two weeks ago in Munich and a repeat will likely ensure progression to the knockout stage.

The path to the round of 16 is not so simple for Leipzig in Group G. The Champions League debutant got its first victory in the competition two weeks ago against Porto, taking its tally to four points.

But with Besiktas out of sight with nine points and last season’s semifinalist Monaco lurking, there is pressure on Leipzig to produce a positive result from its return fixture with Porto.

Borussia Dortmund’s chances are slimmer as it chases its first Group H win.