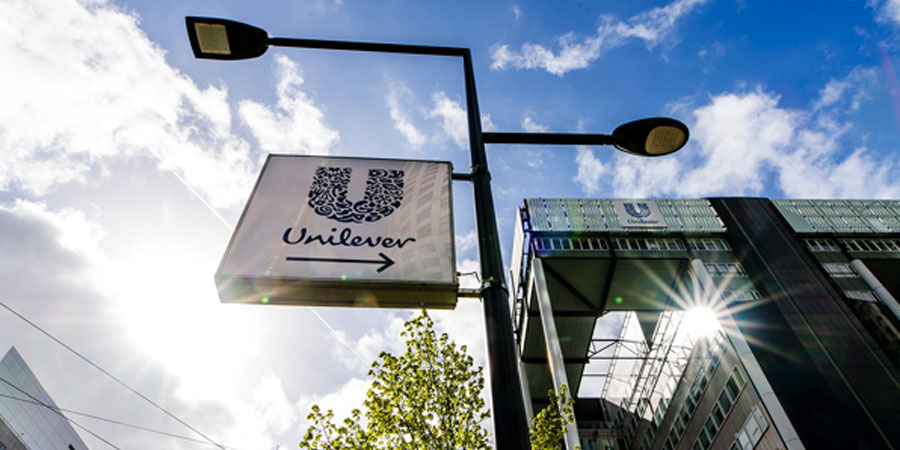 A view of the exterior of the Unilever building at the Weena in Rotterdam on April 6, 2017. Unilever is stopping the production of margarine, brands such as Becel, Blue Band, Bona and Zeeuws Meisje and its margarine division is being put up for sale after a takeover bid from US rival Kraft Heinz. / AFP PHOTO / ANP / Marco de Swart / Netherlands OUT

Unilever, the Anglo-Dutch food and consumer products giant, said Thursday that sales were down in the third quarter, hit by the strong euro and economic fallout from the hurricanes in the United States.

Unilever, which owns more than 400 household brands including Dove, Knorr soups, Lipton, Magnum and Marmite, said in a statement that sales were down 1.6 percent to 13.2 billion euros ($15.6 billion) in the period from July to September.

The 1.6-percent decrease in sales “included a negative currency impact of 5.1 percent,” the statement said.

In addition, “growth in the quarter was adversely affected by poorer weather in Europe compared with last year and natural disasters in the Americas”.

“While conditions in our developed markets remain challenging, we are starting to see signs of improvement in some of our biggest emerging markets including India and China,” he said.

Unilever did not provide any profit figures for the July-September period.

But it confirmed its full-year targets and said it was “making good progress against the strategic objectives we have set out for 2020.”

Rotterdam-based Unilever, which employs some 169,000 people around the world, spurned a takeover bid by US rival Kraft Heinz in February.

Since then, it has sought to prove to shareholders that it is better off on its own and vowed better profitability.

In April, Unilever unveiled a 3.5-billion euro restructuring plan and announced the spin-off of its margarine division, which includes the Flora, Blue Band and Rama brands.

Chinese Authorities Seize Over 7,200 Human Penises On A Cargo Ship From Nigeria