Home Entertainment I Will Win Grammys In a Year’s Time, Whitemoney Boasts 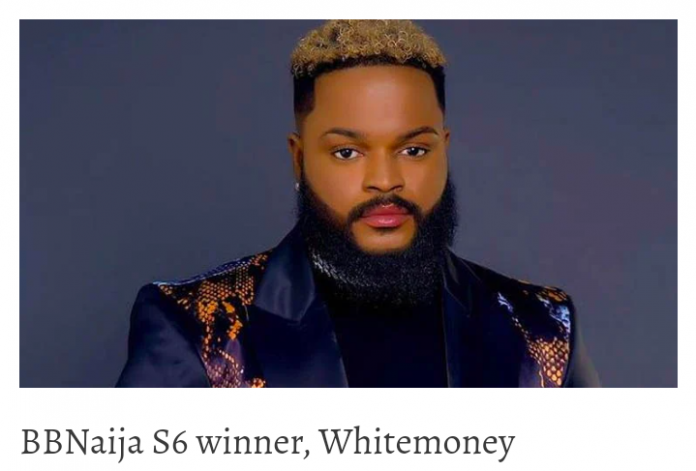 The reality TV star and musician said this on Tuesday while speaking on Cool FM‘s The Breakfast Show.

When asked to predict the future of his music career, Whitemoney said, “By this time next year, I’ll get a Grammy Insha Allah.” (sic)

He also added that he’ll bag MTV Base awards and other top music awards.

“Name all the big awards you can think about, Whitemoney is going to win a few of them,” he said.

The BBNaija season six star, who recently released a single, “Selense”, stated that he was already receiving hate comments, as fans compared him with past housemates of the show.
He said, “A lot of hate comments come around; a lot of comparisons. They tend to compare me with past winners.
There’s a trend I see here; they say every Big Brother housemate who comes out want to go into music.

“But this is the thing here: I do not want to go into music. I have been in music. Just that I didn’t have the platform. Like every other upcoming musician would need a platform to showcase it.”

You Have Constantly Cheated Me, Portable Slams Kogbagidi Again