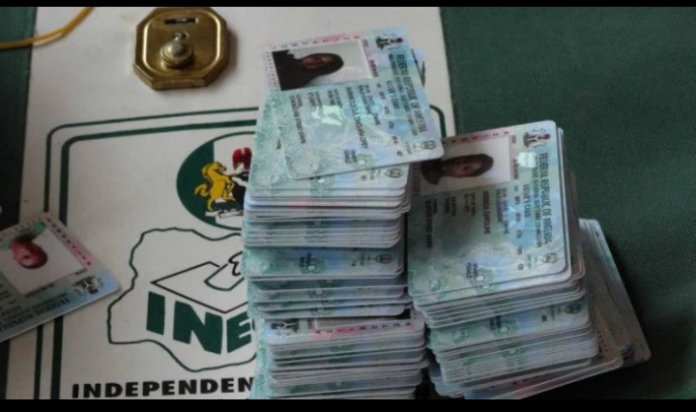 There are indications that the Independent National Electoral Commission does not have the total figure of collected Permanent Voters Cards for the Anambra gubernatorial elections scheduled for Saturday, November 6,2021. #

This is as Election Watch Civil Society Organization, YIAGA Africa, on Friday condemned the decision of Commission to distribute Permanent Voters Card to voters in Anambra, 24 hours to the elections.

The Director of YIAGA, Samson Itodo, stated this during a programme on Channels Television, ‘Politics today’.

The National Commissioner for the commission, Festus Okoye, during the Programme, had disclosed that INEC was still engaged in the distribution of PVCs to enable lots of voters to participate in the election.

According to Okoye, the commission had suffered delay due to the insecurity in the state.

He said, “As you have mentioned, we had a total of 81,770 PVCs. We brought them into Awka and distributed to the 21 LGAs in Anambra.

“We cannot harvest the figure of PVCs distributed now because distribution is going on simultaneously with distribution of sensitive materials, but in most of the local governments, we witnessed a huge turn up.

However, Itodo, who disagreed with the commission’s decision, said, “This is a drawback and it is a recession. This same commission, over the last series of elections, took the collection of PVC down to the polling units. They did that during the 2019 elections; they did it in all the elections we had afterwards.

To come to an election of this nature and the commission is still distributing PVCs 24 hours to the elections really marks a recession and it is unacceptable.”

But Okoye gave words of assurance that the uncollected PVCs would not be compromised.

“The uncollected ones will not be compromised. No one can vote with a card that is not his own,” Okoye added.

Anambra Poll: No Arrangement For Inmates To Vote —NCoS