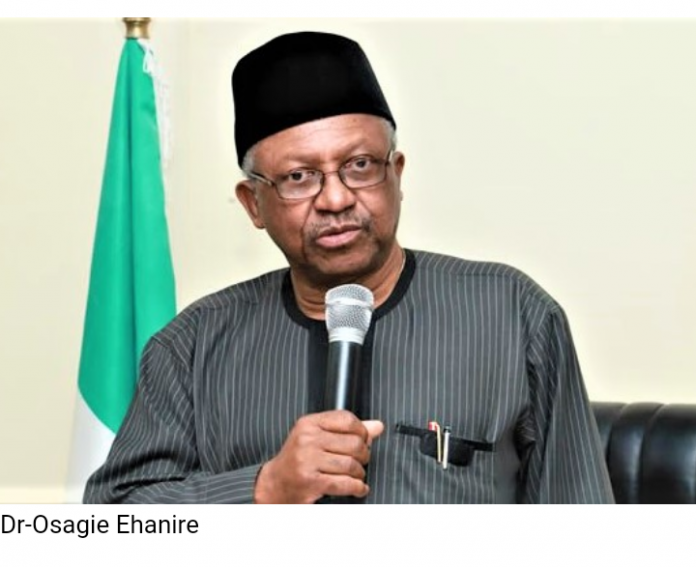 The Federal Government on Sunday ruled out the possibility of restricting foreign travellers from visiting Nigeria despite travel bans on the country by Canada, the United Kingdom, Indonesia, Singapore and Hong Kong.

This is just as the government stated that most of the in-bound passengers that tested positive for COVID-19 were from the UK.

The Minister of Health, Dr. Osagie Ehanire, said this on Channels Television’s ‘Politics Today’ programme on Sunday which was monitored by The PUNCH.

Ehanire described as unfortunate the knee-jerk reaction of some countries to the Omicron strain. He noted that even the World Health Organisation had said recently that countries should focus more on collaboration rather than shutting borders.

“At the moment we have no plans restricting anybody coming from another country,” he said.

The PUNCH reports that the WHO had two weeks ago designated the omicron variant as a variant of concern. The NCDC had last week announced that the country had reported three cases of the variant. Before this, the Canadian government had announced that it found two individuals with the variant who had travel history to Nigeria.

The UK on Saturday night also announced that it found 21 cases of the omicron variant which were linked to Nigeria. It announced that it would, from Monday (today), restrict all flights emanating from Nigeria.

In a statement on Sunday, the commission said, “To support the UK Government’s aim to protect public health from COVID-19 and associated variants of concern, UK Visas and Immigration will pause making decisions on visitor visa applications in all red list countries, including Nigeria, until travel restrictions are lifted.

The UK said there are only very limited exemptions to travel and entry requirements for critical workers and medical and compassionate cases.”

But the minister said the Omicron strain could not yet be declared as a deadly strain because no deaths had so far been recorded across the world.

“We are watching what the science community is saying and of course not rushing to judgment and we are also not applauding any lockdowns or any prohibitions or banning of flights or movement of people until we know more.

“We believe that the harm it will do to livelihoods and economies may be more than the perceived value that will be derived from shutting movement between countries. I believe countries should come together to take a common approach and that includes the UK and other countries contemplating a red list,” Ehanire added.

When asked why there was a large number of outbound Nigerian passengers testing positive abroad despite testing negative in Nigeria, Ehanire admitted that indeed, some fake test results were being presented by passengers.

The minister said the government had tightened its mechanism for spotting fake results and vaccination cards.

He, however, argued that the development was not peculiar to Nigeria, adding that most of the inbound passengers that tested positive in Nigeria were actually from the UK.

“Because of the very large volume of travellers from the UK, we also have the most positive COVID-19 virus coming from the UK too,” the minister said.

When asked if anyone had been prosecuted for presenting a fake vaccination certificate or test result, Ehanire explained that the normal procedure was to quarantine such people before handing them over to the police. He admitted that he never followed up to know what happened to such people

Ehanire said the government was exploring the option of setting up vaccination centres at supermarkets and worship centres.

The minister added that the government was looking at vaccinating at least 70 per cent of the population against coronavirus.

He stated that Nigeria had about 100 million doses that would be delivered to the country in phases.

On the possibility of vaccine production, Ehanire said the Federal Government was seriously looking towards that, adding that it would be a collaborative effort with the private sector.

Regarding the possible spike in COVID-19 infections during the Yuletide, Ehanire said the government would continue to encourage non-pharmaceutical interventions like wearing of masks, social distancing and use of hand sanitisers.

When asked if Nigeria was already facing another wave of COVID-19 infections, he responded in the affirmative, adding that the 4th wave had been predicted long ago and this may just be it.

Ehanire stated, “We had the so-called third wave already with the Delta variant. This is what we are looking at as the 4th wave and it was predicted as far back as a month ago that there might be a 4th wave in Nigeria and perhaps the world and it is already accurately manifesting. We hope it doesn’t get to be that and if it becomes the 4th wave, it will not be deadly to our citizens.”

Meanwhile, more inbound passengers are testing positive to COVID-19, an analysis of the Nigeria Centre for Disease Control’s weekly situation report has shown.

The report obtained from the NCDC website on Sunday indicated that the positivity rate among inbound travellers had increased by 74.6 per cent.

It was also gathered that 48 out of the 94 test centres for inbound persons of interest had not sent in reports of persons tested for three weeks. According to the NCDC, in its latest situation report, a total of 17 inbound passengers tested positive between November 15 and November 21.

It however added that between November 22 and November 28, a total of 67 passengers tested positive signifying a 74.6 per cent increase.

Meanwhile, The PUNCH also observed that 48 laboratories meant to test inbound passengers failed to submit test results to the NCDC.

Our correspondents who monitored the trends from the beginning of November observed that while other laboratories sent test results, the 48 laboratories consistently failed to submit reports.

The Presidential Steering Committee on COVID-19 had made preparations for the testing of inbound passengers of interest. Recently, the PSC had accused some passengers of continually shunning testing.

Also, the NCDC maintained on its website that only three people had so far tested positive for the new Omicron COVID-19 strain despite the fact that at least 23 travellers from Nigeria tested positive in the United Kingdom and Canada.

The development came just as Canada stated that it would no longer accept any PCR test that was conducted in Nigeria. The development comes just days after Canada barred persons from Nigeria from visiting the country.

An inquiry sent to the NCDC on Sunday had not yet been responded to as of press time.

A travel advisory on its website read in part, “Canadian citizens, permanent residents, and people with status under the Indian Act who have been in these countries—Botswana, Egypt, Eswatini, Lesotho, Malawi, Mozambique, Namibia, Nigeria, South Africa, and Zimbabwe—in the 14 days before travel to Canada will be required to: Obtain, within 72 hours of departure, a valid negative COVID-19 molecular test in a third country before continuing their journey to Canada.”

US demands negative test from travellers regardless of vaccination status

In a related development, the United States has said all travellers two years and older must present negative test results before boarding a flight, regardless of vaccination status or citizenship.

The US Centre for Disease Control in an updated travel advisory said the passengers’ test results should be taken no more than one day before travel, or documentation of having recovered from COVID-19 in the past 90 days, before they board their flight.

The regulation, updated on December 2, amended its October 25, 2021 Order, titled, ‘Requirement for Proof of Negative COVID-19 Test or Recovery from COVID-19 for All Air Passengers Arriving in the United States.’

It takes effect from December 6.