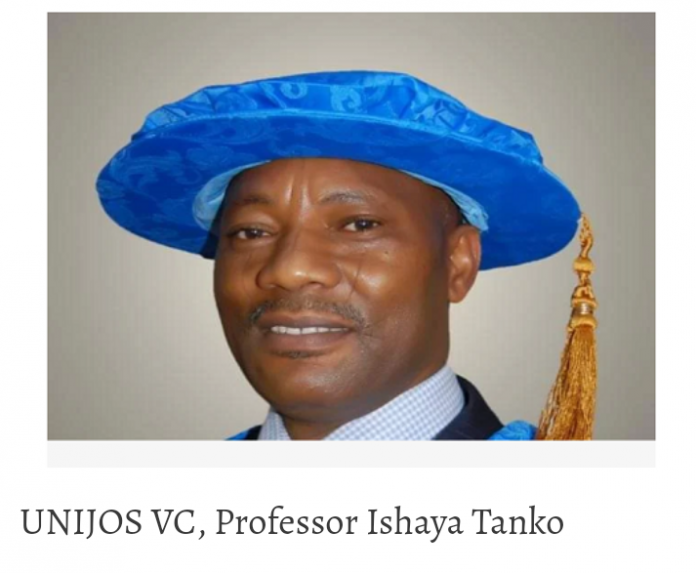 The new Vice-Chancellor for the University of Jos, Professor Ishaya Tanko on Wednesday lamented the negative consequences of insecurity facing the country saying that the situation was driving Nigerian students abroad.

Tanko, who is the 10th substantive Vice-Chancellor of the University spoke at his inauguration and installation which was held at the institution’s Senate Chambers on Wednesday.

He said, “The reality of the Nigerian university system which has once worked and prospered has now declined and not fulfilling the cardinal issues of higher education of knowledge generation, transmission, dissemination and application embedded in their tripartite function of research, teaching and community engagement.

“In addition, the current insecurity in the country has created serious challenges in which academics, social and economic activities are almost totally arrested.

The new Vice-Chancellor noted that the university is conceived as a key driver of growth and development in the society.

He noted that the University of Jos which was established in 1971 as a campus of the University of Ibadan and as a full-fledged University in 1976 has now grown to 15 faculties and a college with an undergraduate population of 45,287.
He said it was unacceptable that the university can only accommodate 5,000 students, which he noted was far lower than the accepted international standards that the university should accommodate at least 40% of its total population.
The new Vice-Chancellor said, “My mission is to continue to key in with the main mission of the university which is to nurture a world-class institution with excellence and innovation with local, national and global impact. For instance, the University of Jos as a citadel of learning is situated in the city of Jos where we have been having a lot of crisis and insecurity and we have a centre of research that is supposed to trash that out.

“Why are we not doing that? The University also has a centre of excellence in food security. We should see that in the next couple of years, Nigerians should be proud that the University of Jos should sustain the country in the area of food security. Under my leadership, we are going to carry all stakeholders along to ensure the smooth running of the University.”

Earlier, the Acting Vice-Chancellor, Prof Gray Ejikeme who handed over to Tanko noted that he came on board when the University was facing a lot of challenges but added that God saw him through to the end.

Why I Was Surprised To Be Named FUTA Valedictorian – 4.89 CGPA Graduate, Oluyale

Authorities Of OAU Reopen Institution For Completion Of Examination