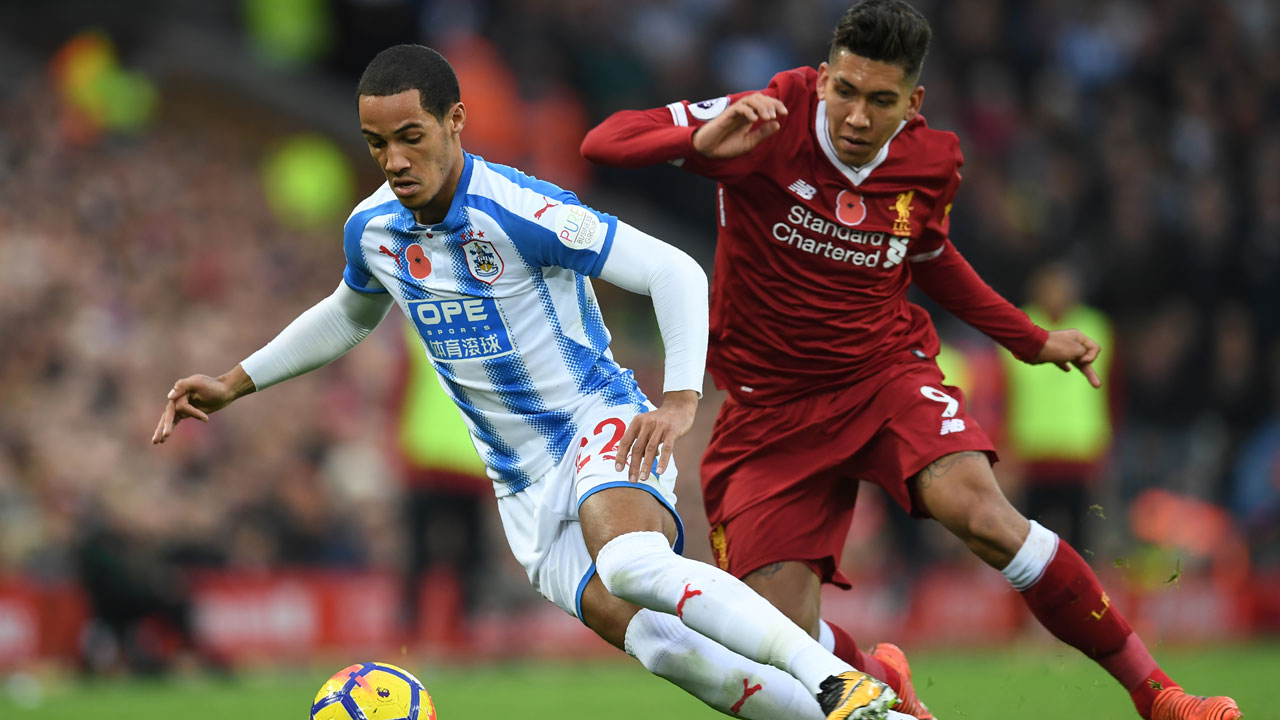 Liverpool eventually did enough to beat Huddersfield Town 3-0 on Saturday as goals from Daniel Sturridge, Roberto Firmino and Georginio Wijnaldum settled a match that took time to spark into life.

The first half was dire apart from an impressive Jonas Lossl penalty save — but Anfield awoke in the second period as Liverpool finally made their overwhelming possession pay off.

Liverpool took all three goals with aplomb but most of Anfield went home relieved rather than happy as questions remain about Jurgen Klopp’s side and their true Premier League pedigree.

Huddersfield went into this match buoyed by their battling 2-1 win over Manchester United last weekend and they looked far more confident than the home side, who were simply woeful in their turgid 4-1 loss to Tottenham Hotspur last time out.

Initially, it appeared that Dejan Lovren and Simon Mignolet had both retained their Liverpool places despite heavy criticism following that defeat but moments before kick-off it was announced Lovren had injured himself in the warm-up and he was replaced by Ragnar Klavan.

Philippe Coutinho was also missing with a hip problem which meant Sturridge made a rare start for the Reds.

David Wagner -– who is Liverpool manager Klopp’s best friend -– made one change from the Terriers side that defeated United as Rajiv van La Parra came in for Elias Kachunga.

Klopp and Wagner’s friendship goes back to 1991 when they played together at Mainz — Klopp is godfather to one of Wagner’s children but their friendship was abandoned for 90 minutes at Anfield as Huddersfield set about causing another Premier League shock.

The first opportunity did not arrive until the 15th minute when a deep James Milner cross was scuffed by Sturridge inside the six-yard box and ended up bouncing over the crossbar.

But that was about it and the subdued nature of Anfield reflected the quiet events on the pitch.

After 27 minutes, Mohamed Salah forced Lossl into the first save of the match when he tamely hit an effort straight at him as the game stubbornly refused to burst into life.

Five minutes before the interval, referee Kevin Friend made a decisive intervention, penalising Tommy Smith for a tug on Firmino in the box and although Salah’s penalty was well struck, Lossl did brilliantly to block the effort down to his left.

Jordan Henderson then badly scuffed the rebound as his effort drifted wide and that passage of play perfectly summed up the quality of the first half.

Sturridge finally gave the home fans something to cheer after 50 minutes.

A long ball forward from Alberto Moreno was clumsily headed to the feet of Sturridge by Smith and the striker did the rest, cleverly lifting over the onrushing Lossl to open the scoring.

The finish understandably lifted Liverpool as they finally awoke with Firmino and Milner becoming increasingly influential before Firmino doubled the lead after 58 minutes.

His impressive build-up play had won a corner and he was quickest to react to Milner’s delivery, nodding past Lossl at the near post to end Huddersfield’s hopes of getting back into the contest.

Liverpool began to look focused and hungry and Wijnaldum fired into the roof of the net to round off the victory.