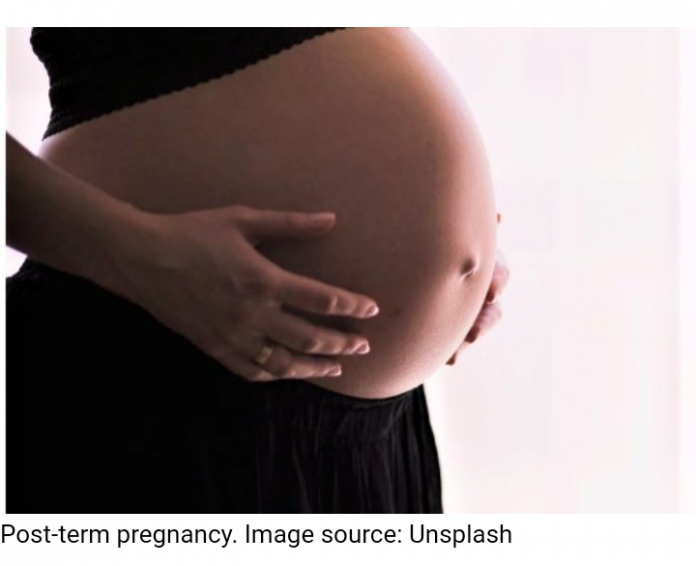 Medical experts in female reproductive health have urged pregnant women to promptly seek medical intervention whenever their pregnancy exceeds 42 weeks to avoid serious complications that could lead to the death of the baby.

The gynaecologists say a normal pregnancy should be nine months or 40 weeks from the day of last menstruation, stressing that any pregnancy that lasts more than 42 weeks often results in a stillbirth.

The experts stated that the reason gynaecologists focus on ensuring delivery takes place within 40 weeks is to avert stillbirth, noting that when pregnancy goes beyond 42 weeks, placental supply of needed nutrients to the baby becomes inadequate, adding that this often makes the baby starve to death.

They advised women also not to mistake a case of fibroid for pregnancy, noting that no woman can be pregnant for more than nine months.

The experts were reacting to a recent contentious case of long pregnancy making the rounds on social media.

The case was a story of a woman that claimed she was pregnant for over two years.

The lady had called in on Inspiration FM 92.3 to share how she has carried a pregnancy for two years and eight months – from February 2019 to October 2021-.

The lady who said she was in her 40s said she had been pregnant for four years and had six previous miscarriages.

Speaking on the radio station, she said, “I became pregnant in February. I was, however, not really in a hurry to check but after about two months, I checked and the pregnancy test was negative. I went to the clinic and they said that I needed more time. They told me that the negative pregnancy result could be due to stress.

“I waited for like three months but my menstruation still didn’t come. I went back to see my doctor, Dr. Eze, he checked and said, there is a foetal heartbeat. He sent me to get a scan, I went to do the scan and the only thing that was seen was an empty baby sac.

“I have never heard the word before until that day. I asked what a baby sac is, they said it is evidence of pregnancy but when a baby sac appears there should be a foetus inside it but this one there is a sac but no foetus.

“I then asked what should be done and they said I should go back to the doctor. I went back, they checked again and said there is a heartbeat. At that point, I just decided to carry on.

“It wasn’t easy. I was repeating scans now and then, going from hospital to hospital from doctor to doctor. I didn’t know what to do.

“Most doctors couldn’t fathom what was wrong with me but I was feeling the foetal movement. It was obvious I was pregnant and I had no fibroid. Had it been I had fibroid I would have said okay, it is the fibroid, but I didn’t have a fibroid.

“My tummy was getting big and it was so obvious I was pregnant. I was also feeling movement in my tummy but I didn’t know what to do. The only thing I remembered was that I went to my reverend and he said, ‘I’m on this journey with you’. That gave me confidence.

“People were praying for me. My husband was so supportive. My friends, family and siblings were encouraging me. Also, my faith in God kept me going. I said I must see how this thing ends and to the glory of God on the 10th of October 2021, I gave birth. That was after two years and eight months,” she said.

However, health experts say a baby can’t last for more than nine months in the womb.

Explaining this, a professor of gynaecology and obstetrics, Dr. Cyril Dim stated that the duration of pregnancy is nine months or 40 weeks from the last normal menstrual period.

“Pregnancies are ripe for delivery from 37 to 41 weeks. If pregnancy gets to 42 weeks and beyond, it is described as prolonged.

“The aim in obstetrics practice is to ensure that a pregnancy does not get to 42 weeks because from that point placental supply to the baby is no longer adequate; thus, the longer the baby stays after 42 weeks, the more likely it will be starved to death,” he said.

Speaking in the same vein, a consultant gynaecologist, Dr. Stanley Egbuogu noted that the woman may have mistaken a case of fibroid that lasted for more than a year before conception for pregnancy.

“If someone says she has been pregnant for two years, I will ask that the person should be checked for fibroid. Some women have a fibroid that looks like pregnancy. Maybe she has a fibroid that has lasted for a long time and in the end, she got pregnant.

“Of course, if you add the one year plus the nine months, she has carried the pregnancy, it will most likely look like two years. That is the only possible explanation. But, that kind of case is rare,” he said.

He also stated that the placental supply of nutrients to the baby cannot go beyond nine months.

“The baby would die because the placenta that supplies the baby with what it needs can not do so beyond nine months.

“So, the placenta cannot continue to sustain the baby and even if the baby doesn’t die on time, the baby would become too big to pass through the birth canal but the worst-case scenario is that the baby will die. That is what we call intrauterine foetal death.